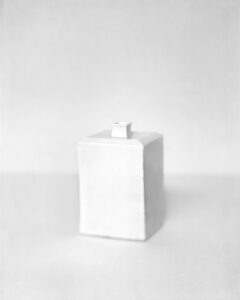 White color is the color which could be achieved by restraining desire. For 500 years during the Joseon Dynasty (1392-1910), palaces and nobles gave up the pleasure of seeing various colors and insisted on using ascetic white tableware and ceramics. It was due to the influence of Confucianism and The people in the Joseon Dynasty came to enjoy the unobtrusive and modest beauty. Since 2004, while photographing Joseon white porcelain through the eyes of a photographer, I have come to show the beauty of simple shape in simple white. Unfortunately, Korea's cultural assets were scattered during the Japanese occupation (1910-1945) throughout the world - in museums and in private collections. I am very fascinated with their destiny, and their travel from Korea to far away places. I have photographed White Vessel from 16 important museums in and out of Korea and brought back their spirits in one place as in the form of photographs. I would like to show the development of my work and how I started to shoot the White Vessels. And of course, the beauty of colour White as restrained desire. 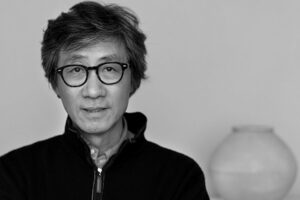 Bohnchang Koo currently lives and works in Seoul, Korea. He captures still and fragile moments, attempting to reveal the unseen breath of life. Since 2004, Koo has photographed traditional Korean white porcelain ceramics, in his white Vessel series which highlights the simple beauty of Korea’s cultural heritage. His work has been shown individually on more than forty occasions and forms part of important public collections including those at the British Museum in London; the Museum of Modern Art in San Francisco; Guimet Museum, Paris and the National Museum of Modern and Contemporary Art in Korea. He is a chair professor at the Kyungil University in Korea.

Koo explored the timeless beauty of Korean white porcelain in his Vessel series between 2004 and 2017. Since the 1980s, Koo has examined the overarching themes of life and death through various subjects, including insects, animals, plants, and self-portraits. He began incorporating his Korean heritage more directly into his work with his 1998 series on Masks, powerful portraits of traditional Korean mask dancers in their costumes. To create the white Vessel series, Koo photographed plain white porcelains in the collections of museums in Korea and abroad. For him, these wares echo the essence of the Joseon aesthetic. They are often stained, cracked, and worn by everyday use –they are a perfect subject to convey warm traces of human life.